A savior of classical musical instruments 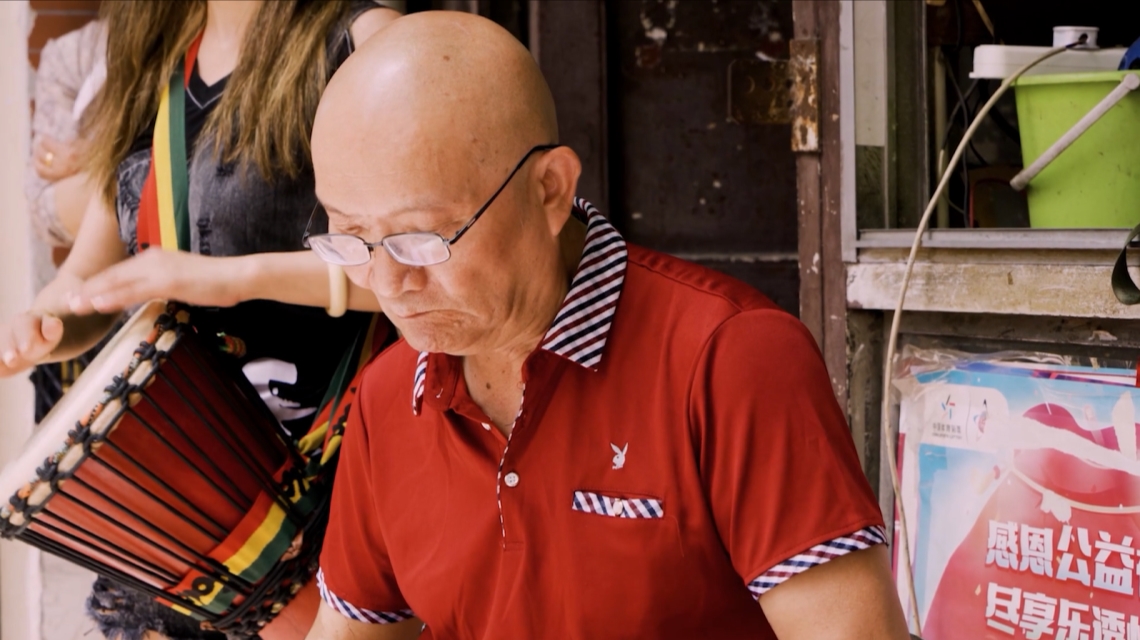 A shabby 10 square meter shop on Zhaozhou Road in Huangpu District is filled with dozens of musical instruments. They vary from common western items like violins, guitars and clarinets to Chinese instruments like the erhu and pipa, and in the more exotic rawap, a Uighur guitar, and dombra, a Kazakh string instrument.

They are all waiting for a 72 year old man named Feng Shuncheng to breathe new life into them.

Want to interview the owner of that musical instrument repair shop? Trying your luck. Feng became so popular after several online articles about his sophisticated life went viral that he had to hold a lottery for reporters wishing to interview him.

I was the lucky winner of the draw so I went ahead.

It is not difficult to find Feng’s store. It is enough to follow the sound produced by an instrument. The shop door features a guitar hanging upside down, on which Feng wrote in English: “Buy and sell used instruments / trade in / repair of musical instruments, cosmetics, tuning, string change, transfer piano. “

On a hot summer day, three fans whirred to bring a little breeze inside.

“The air conditioning would crack the instruments, which are mostly made of wood,” Feng explains. “I know this store is extremely crowded, but I’m happy here. When I look at the instruments, I feel like I see my own children.”

Feng’s parents were from Hong Kong and ran a business in Shanghai before the founding of the People’s Republic of China in 1949. Earlier that year, Feng’s parents planned to take their two daughters and leave Shanghai. by boat.

His father exchanged four gold bars for four banknotes. However, Feng’s mother found out that she was pregnant just days before their departure date. Having already lost two sons, she decided not to travel.

Feng, who was ultimately born in Shanghai, incredibly saved his family. The boat they had planned to board sank after a collision with another vessel, killing 1,000 passengers and crew.

Because he brought good luck to the family, the baby was named Shuncheng, which means “sweet and successful”.

The legendary story is just the beginning of its epic life. 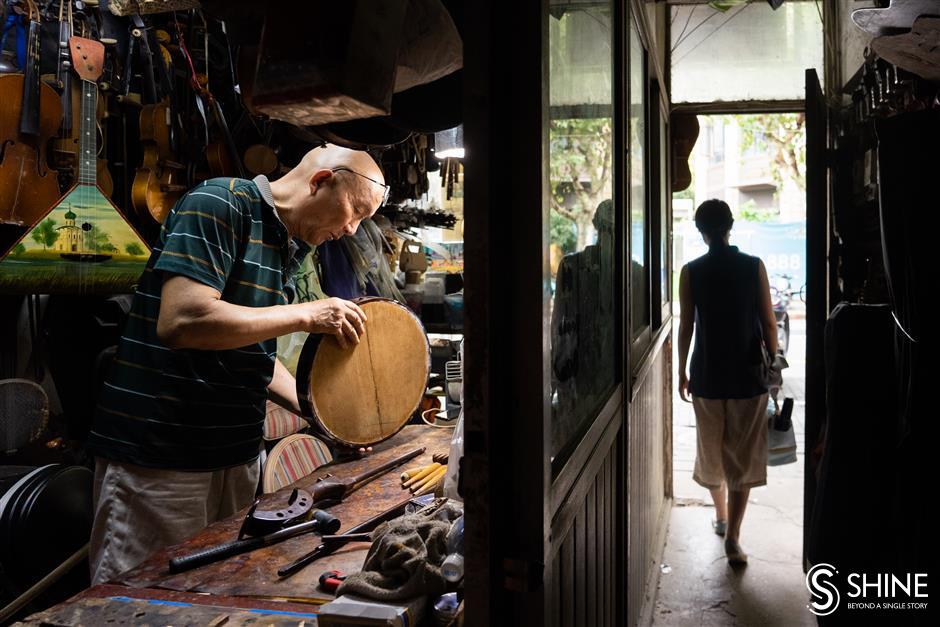 The little “savior” was also a little troublemaker. He always took things apart to see how they worked. His mother’s German piano, a cuckoo clock, a Zeiss camera, a phonograph and a radio … none were spared.

By taking apart and rebuilding, Feng learned to repair small machines on his own.

While helping fix a neighbor’s radio, he met a man who worked in a musical instrument store. The then teenager, Feng, asked if he could visit the store, and it was here that he then secretly tried to repair instruments.

To pursue his dreams of a musical career, Feng moved from Shanghai to Shenzhen in the early 1980s. He joined a musical troupe and met a Soviet girl whose multiple talents included the balalaika, a Russian string instrument.

“Believe it or not, she was a wild animal trainer in a circus,” Feng says. “She taught me how to train dogs.” 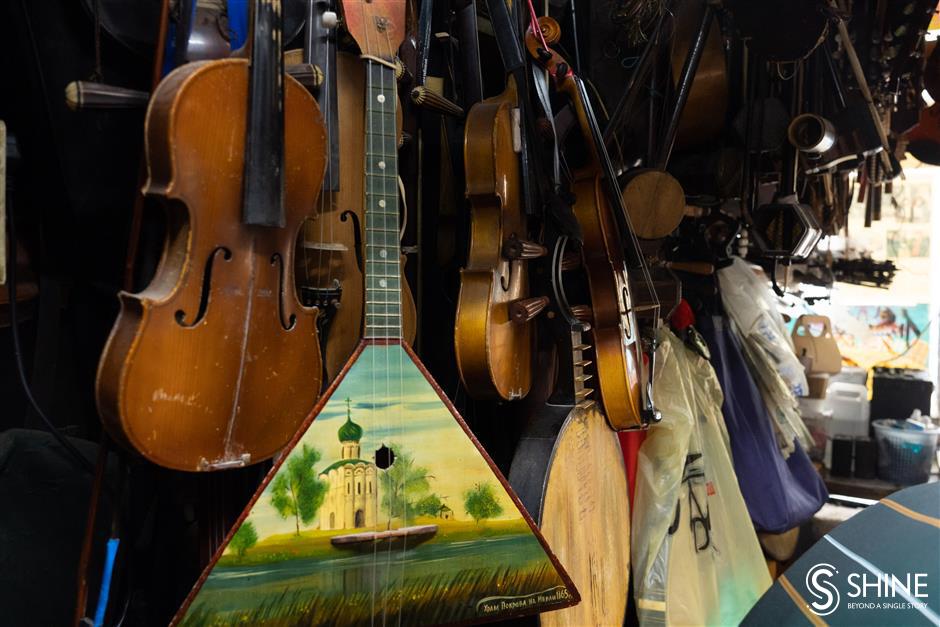 Although the couple fell in love, they did not get back together due to strong opposition from Feng’s mother.

Feng has some kind of memory to remember the girl. One of the instruments in his shop is a balalaika, which he found in a flea market in America. It is decorated with an oil painting and hangs prominently on a wall.

“It brings up memories of those happy days so long ago,” he says.

Feng began a new journey in 1984. Destination: Perth, Australia, where he adopted the English name Charlie. He first studied guitar at a school, then specialized in making and repairing musical instruments.

Two years later, Feng returned to Shanghai and met his current wife. For a while he worked as a DJ at a bar on Hengshan Road and did home repairs and instrument tuning. He even started a small pet business.

“It was the Year of the Dog,” Feng said. “I bought 14 Chihuahua dogs in Vietnam and quickly sold 13. Strangely enough, I couldn’t sell the last one, so I took the dog as my own pet. Based on upbringing canine that I learned from my Russian girlfriend, I taught the command puppy. Later he won many dog ​​show championships. “ 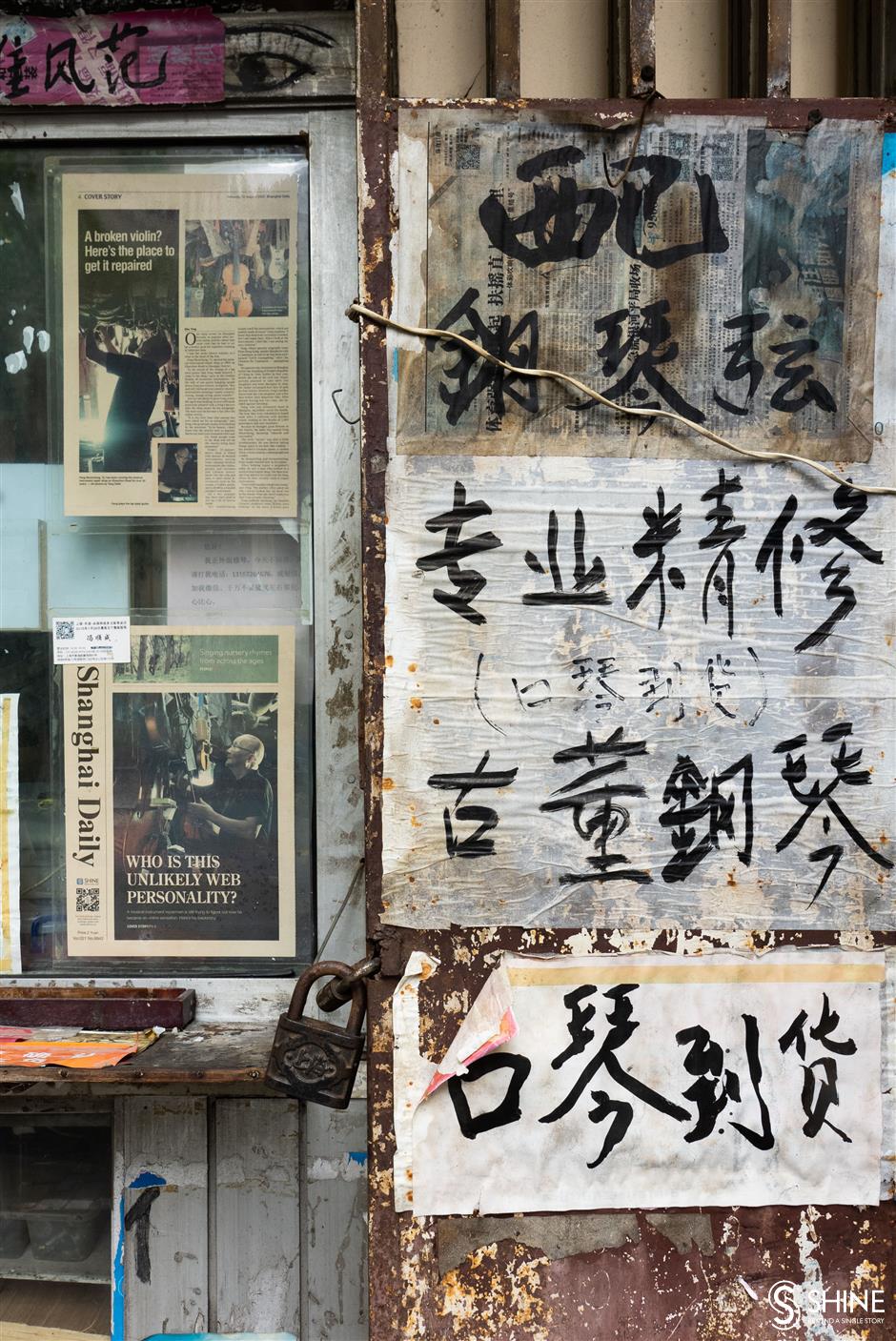 The entrance to the repair shop

Aside from all other jobs, Feng said repairing musical instruments has always been his favorite activity. His life revolves around his repair shop.

He made his own bowed string instrument, using a bamboo tea box as a soundboard, a stainless steel broomstick as the neck, and a wooden artwork sent by a friend as a back. Like traditional Chinese erhu, the resonance chamber of Feng’s instrument is covered with python skin.

Covered with foil and decorated with green jadeite, the lap steel guitar is Feng’s favorite musical instrument. The logo stuck to his head is a tag pinched from a handbag his wife bought in Hong Kong.

Made over 40 years ago, the guitar features woods that were difficult to obtain at the time. Feng said he finally found what he wanted in wooden door frames at a demolition site. He “bribed” a site designer to give him the frames with a pack of Peony brand cigarettes, which cost him half a yuan.

“A friend of mine later bought it from me for US $ 100 and took it to America,” Feng explains. “Several years ago he called me from overseas and asked if I wanted to get it back. Of course I did! The guitar had been stored in a garage for a long time and was in a state of disrepair. I will never sell it again. “ 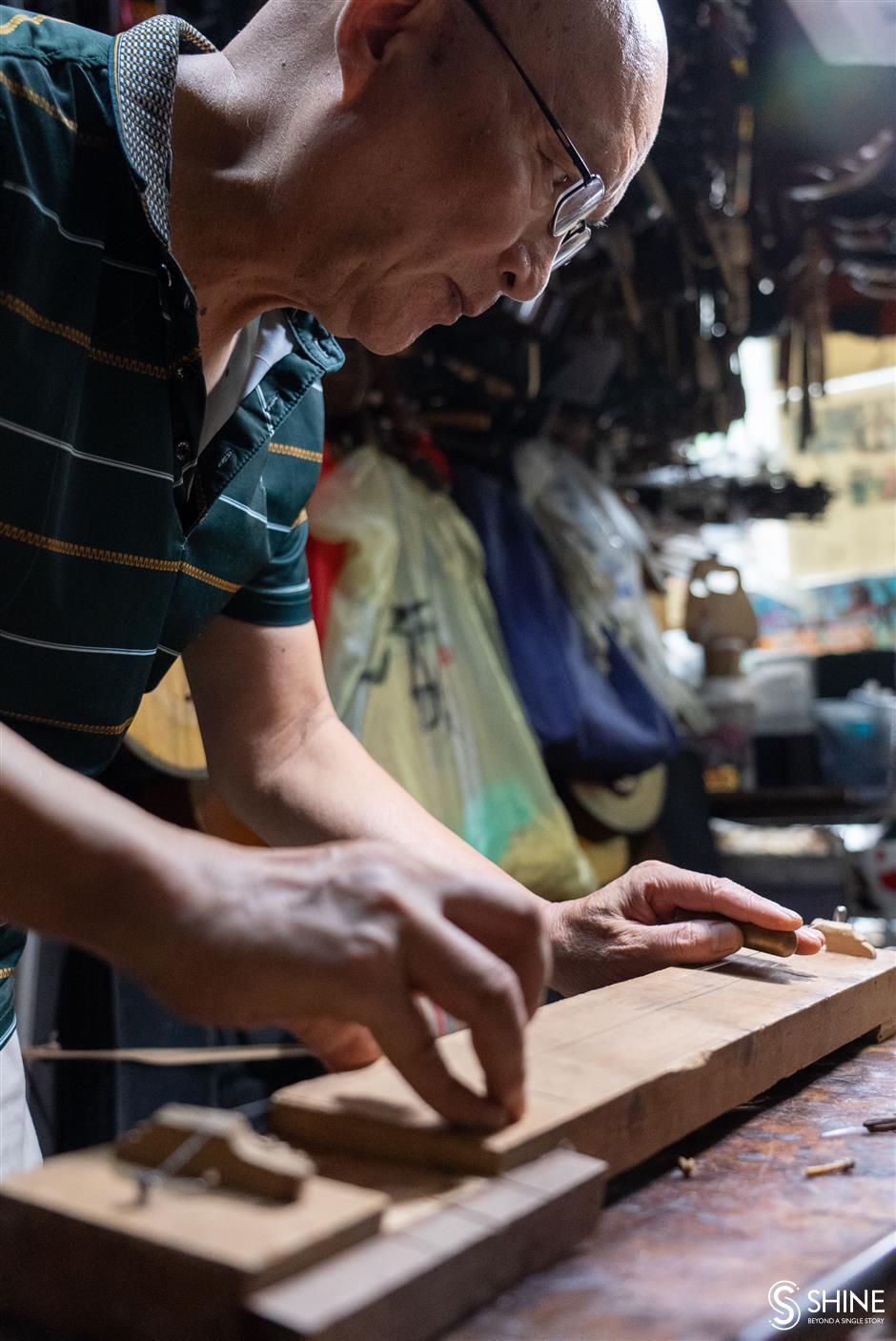 Feng makes a string instrument from a piece of wood.

Feng has been a coffee lover since he was a teenager and still prefers Americano. With a simple combination of espresso and hot water, the type of coffee echoes its upright and responsible personalities.

The septuagenarian sets rules for the clients as well as for himself. He turns down a job that forces him to do anything in a hurry because he has to make a detailed plan before fixing. And, he doesn’t collect any money until he completes the repair.

“Norms and standards play an important role in the lives of us, the people of Shanghai,” says Feng.

The somewhat faded repair shop will soon become a nostalgic memory. The old quarter needs to be renovated. Feng finds a new “shelter” for the broken instruments.

“Although the store is terribly small, I will miss the warm feeling of being surrounded by so many instruments,” says Feng.