A freighter blocked at Seaview in Karachi for the second day 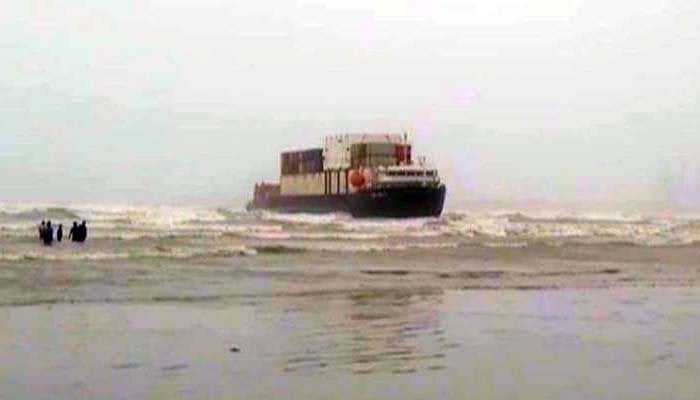 KARACHI: A freighter has been stranded near Seaview Beach in Karachi for two days, the Karachi Port Trust reportedly refused to release it.

According to Geo News, the ship anchored at the port of Karachi sank directly on the shores of Clifton. If it was an oil tanker like the Tasman Spirit ship, a dangerous situation would have arisen.

According to the administration of the port of Karachi, the anchor of the ship was broken and therefore it ran aground, but experts say that in such a case, a distress call is issued.

According to experts, the port operations department did not provide immediate assistance to the ship.

KPT sources told Geo News that the country’s largest port does not have the capacity to free ships from shallow water, so ships are likely to be stranded for a long time or be released by a foreign rescue company for a high fee.

In a statement on Twitter, the KPT confirmed the ship’s name is Heng Tong 77. The KPT said the ship was anchored in their territorial waters for a crew change.

“He never entered or sailed in the port of KPT. Due to extremely difficult weather, the ship lost its anchors and began to drift into shallow water in the wee hours of the morning,” indicates the press release.

By the time the vessel informed KPT of its drift, it was already in shallow water, KPT said, adding that rescuing the vessel was the responsibility of the owner.

“All consequential marine and environmental damage will be borne by the owner. Operational and technical assistance is available to the shipowner,” the statement concluded.