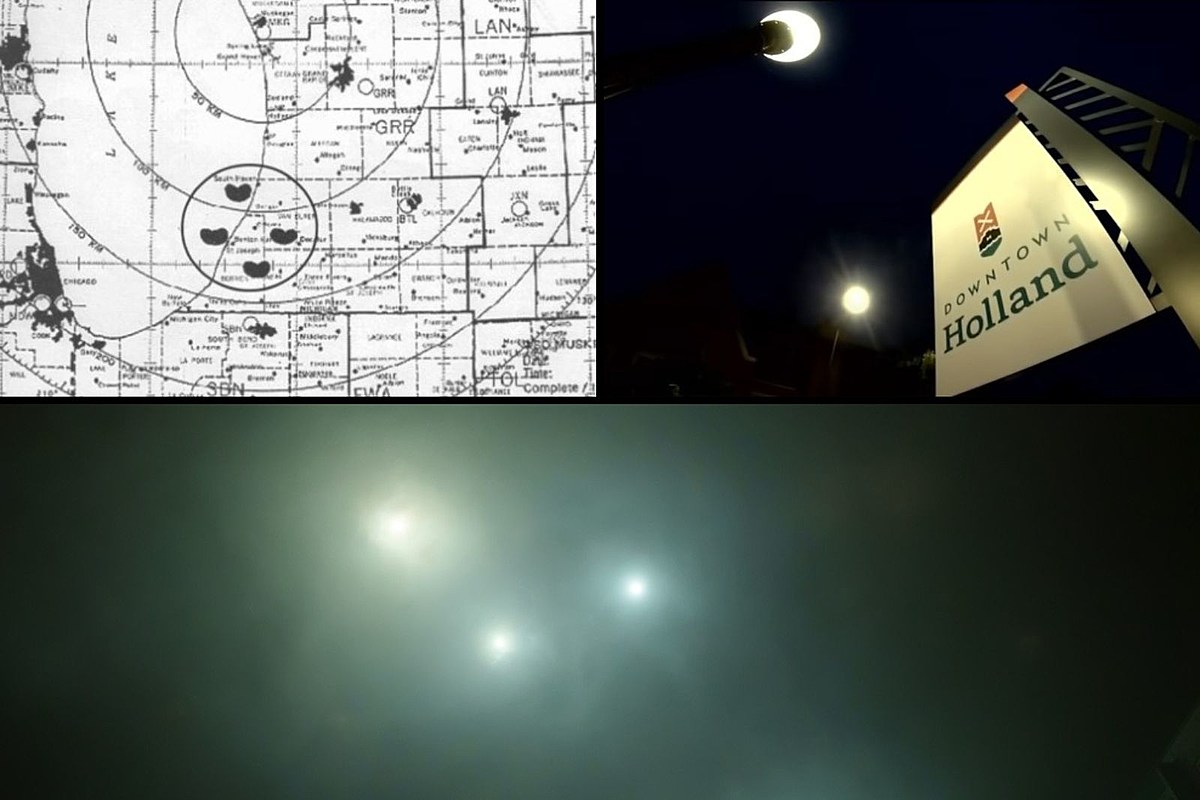 Can you solve the mystery of “Something in the Sky?” The 1994 UFO sightings over Ottawa County were featured in the latest edition of Unsolved Mysteries.

Since the beginning of time, people have seen strange things in the sky that cannot be explained. Since the early 1950s, the term unidentified flying objects (UFOs) has been used to categorize unexplained objects seen in the sky.

Michigan has had its share of UFO sightings over the years. There is one sighting in particular that occurred in western Michigan where hundreds of people reported seeing strange lights off Lake Michigan that have yet to be explained.

On the evening of March 9, 1994, around 9:30 p.m., more than 300 911 calls were made to local police dispatchers, with several Michigan residents claiming to have seen round objects with lights of different colors hovering over Lake Michigan.

One such 911 call came from Holly Graves of Holland, Michigan. Graves’ son came into the house saying there was something in the sky. Holly and her two children Michele and Joey all witnessed lights in the sky.

Something’s on the radar

The video above contains audio of some of the 911 calls and it also contains a conversation with National Weather Service Jack Bushong of Muskegon and Ottawa County Dispatcher Jeff Velthouse.

Velthouse asked Bushong if he had radar and to check the Ottawa County area. Bushong actually picked up items that he couldn’t explain. Sometimes there would be one object, two objects, three objects and even four objects. Objects hovered 5000 to 7000 feet then moved or jumped quickly and hovered again. The objects were observed moving from South Haven and then Berrien Springs before crossing Lake Michigan toward Chicago.

Bushong said in all these years of tracking storms, he’s never seen anything like this on his radar screens.

In 1994, there were no cell phones with video cameras. Most people didn’t even have a home video camera back then so capturing lights in the sky was something very rare, unfortunately in this case there were no such videos but more 300 testimonials.

The above video report from WOOD TV8 goes through the story in detail, including radar maps and conversations with retired meteorologist John Bushong.

In “Unsolved Mysteries” Volume 3: “Something In the Sky” to be found on Netflix. The episode focuses on the 1994 UFO sightings over Lake Michigan.

If you think you can solve the mystery, if you click here you have access to the full episode, as well as documents such as Dutch police reports, transcripts of 911 calls from March 8, 1994, government log files, radar maps where objects have been detected, and other documents you can browse. There is even a link where you can report additional information.

States with the most UFO sightings

Words most commonly used to describe UFOs from reported sightings

UFOs (Unidentified Flying Objects) have been reported throughout history and people have used similar words to describe them throughout. Stacker selected the National UFO Reporting Center’s list of UFO descriptors and famous examples of every UFO in history.
Vesel wood