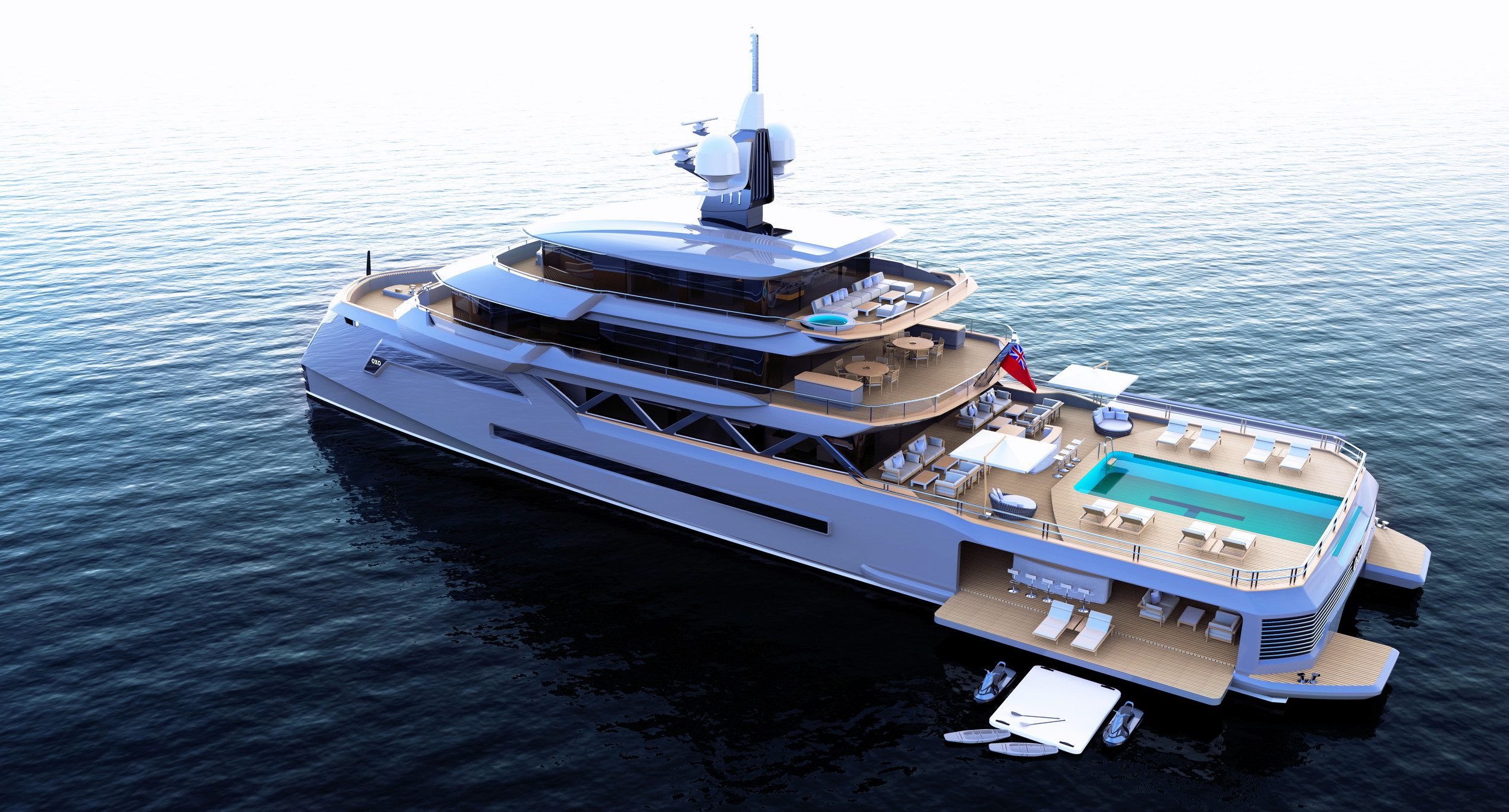 Ladies and gentlemen, the Oxo is a concept vessel recently revealed by Vom Creations, a boat and superyacht design team from Slovenia. Even though this country shares the entrance to the Gulf of Trieste with Italy and Croatia, it is not often that they have made the headlines. Vom has worked to change all of that.

As for the Oxo, it revolves around a catamaran design, a style increasingly sought after for its level of stability, not to mention efficiency. Unlike traditional ships, which feature a massive hull, catamarans feature two floats and the rest of the construction is suspended from a platform that never touches the water. This provides a much smaller water contact area, resulting in less friction and increased fuel efficiency. Not to mention that many designers and builders are creating new catamarans that run only on electricity.

Come and find out, the Oxo, too, is equipped with electric propulsion but also incorporates diesel propulsion, just in case. The Oxo architecture is the work of Justin Yacht Design, and the hull is to be completed in steel with an aluminum deck. Overall, future owners will be able to purchase a vessel that is 54.6 meters (179 feet) long and 15.7 meters (51.5 feet) wide. Even though the entire ship is above sea level, this large beam gives a massive platform for laying the superstructure.

On the other hand, the exterior design is the work of Jalen Vogelnik, the founder of Vom Creations and a designer who started his yacht-building journey with the famous Nuvolari Lenard. Those years of experience, and all the years that have followed, have given the structure that you see.

Some of my favorite features of the Oxo are the movable shell segments seen on the back. Technically, these platforms would be extensions of the beach club but can also be used to host a private dinner. Besides being used this way, these platforms appear to be the only way to access the ship. Imagine what it is like to board something from this ship and see all the toys waiting to be used. Jet skis, kayaks, floating platforms, hoverboards, whatever you want. Whatever future owners want, they will get it.

Speaking of toys, one feature that few catamarans can incorporate is a helicopter; there is rarely enough room. Well, the Oxo can do it. Aft on the main deck you can see a pool ready with lounge chairs all around. However, if a VIP guest arrives by plane, the bottom of the pool rises to the surface and becomes a helipad. No idea where all the water is going. Towards the interior, more relaxation options are seen.

Speaking of interiors, even though Ga Egon Muric is the designer here, there are no images in the gallery to hint at what one would expect. Ultimately, an interior is in the hands of the future owner, so it makes sense not to develop one for a concept. But, we do know that ten guests will be accommodated in five cabins. 12 crew members will make sure everyone is safe and comfortable.

So far, no price has been mentioned, but ships like the Oxo are sure to pull millions of dollars out of the pockets of their future owners. If purchasing this vessel clears your bank account, you can still rent it out, as is the case with most projects.