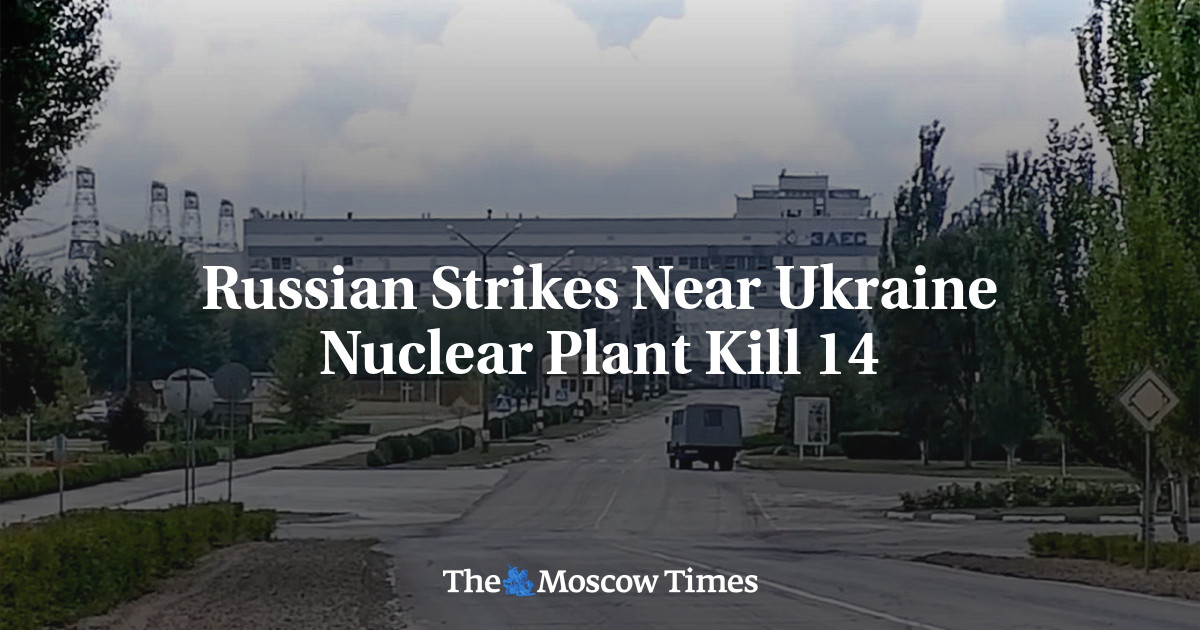 Ukraine accused on Wednesday Russia rocket fire that killed 13 civilians in areas near a Russian-controlled power plant, where renewed fighting has raised fears of a nuclear disaster.

Night strikes in the Dnipropetrovsk region of central Ukraine also injured 11 people, five of whom are believed to be in serious condition.

“It was a terrible night,” regional governor Valentin Reznichenko wrote on Telegram, urging residents to take shelter when they hear air raid sirens.

“I ask and implore you…Don’t let the Russians kill you,” he wrote, adding that Russia fired a total of 80 rockets into the area.

Most of the victims were in the town of Marganets, just across the Dnieper from the Zaporizhzhia nuclear power plant, the largest in Europe.

Ukraine and Russia accused each other of recent bombings around the plant itself.

Ukraine says Russia stationed hundreds of troops and stored munitions at the factory.

Tensions have rekindled memories of the 1986 Chernobyl nuclear disaster in then-Soviet Ukraine, which killed hundreds and spread radioactive contamination across much of Europe.

The factory was captured by Russian troops on March 4 after a battle with Ukrainian forces.

Bathers on the run

The strikes came a day after major explosions at Saki airfield, a key military base on the Crimean peninsula annexed by Russia.

Russia annexed Crimea in 2014 and used the region as a staging ground for its attacks, but it has rarely been targeted by Ukrainian forces.

Moscow insisted the explosions were caused by the detonation of ammunition rather than Ukrainian fire.

Ukraine’s military, which for months has pleaded for long-range artillery from Western allies, has struck targets deeper into Russian-held territory since some began arriving in recent weeks.

Kyiv has also taken credit for several acts of sabotage inside Russian-held territory.

The war has severely hampered Ukraine’s grain supply, leading to an international food crisis as it is one of the largest producers in the world.

But some ships have been able to leave Ukrainian ports in recent days after an agreement with Russia negotiated by the United Nations and Turkey.

The first cargo of grain from the Sierra Leone-flagged vessel Razoni left the Ukrainian port of Odessa on August 1 and was due to dock in the Lebanese port of Tripoli this weekend.

But the Ukrainian embassy said a new buyer for the shipment was being sought after the original Lebanese buyer canceled the order.

A delay of five months after Russia’s invasion “prompted the buyer and the shipping agent to come to an agreement on canceling the order,” the Ukrainian embassy said in a statement on Tuesday.

It is currently anchored off the Turkish port of Mersin.