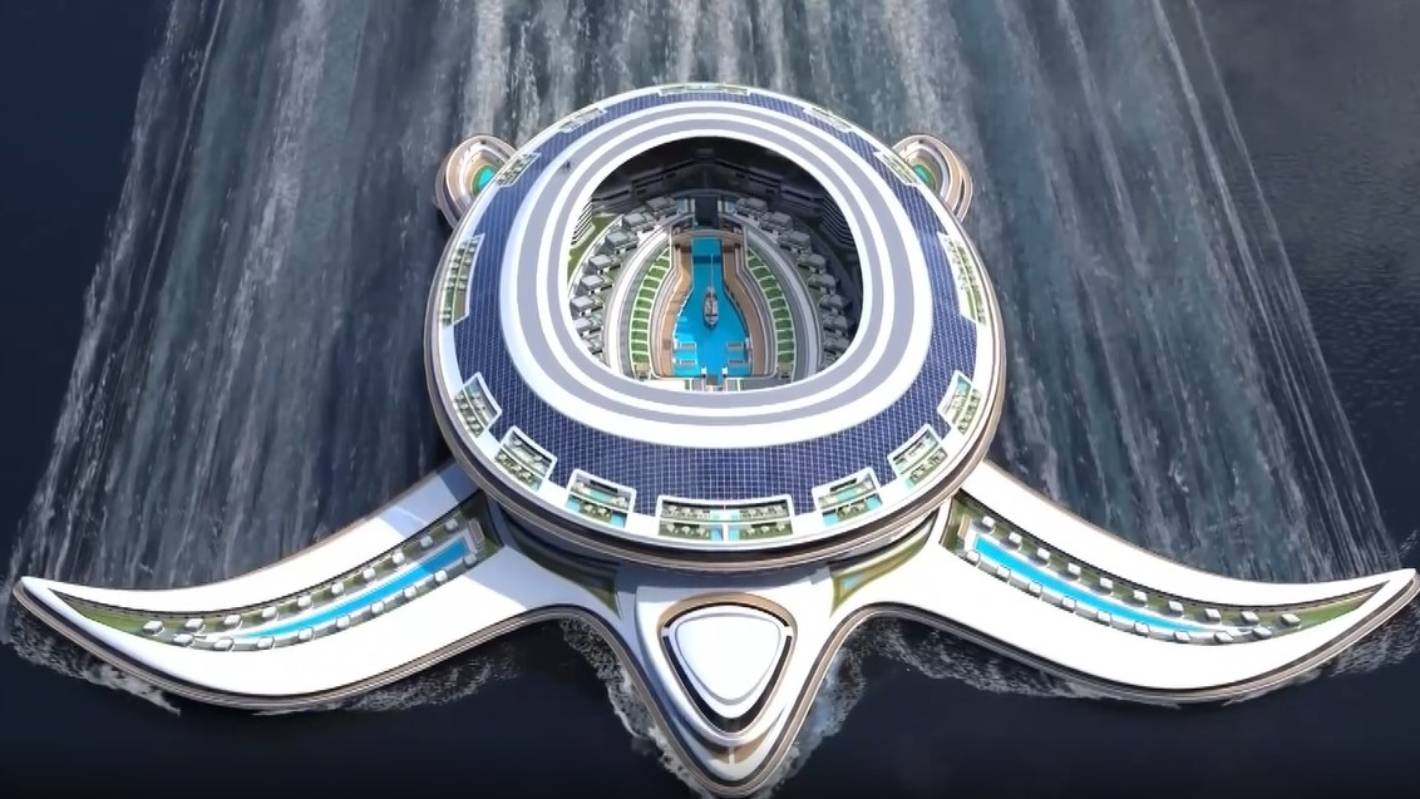 Called the Pangeos, the terayacht would become the largest floating structure ever built.

Italian design studio Lazzarini claims the ship is 550 meters long and 610 meters at its widest point.

READ MORE:
* For sale: The largest cruise ship in the world. To catch? It is not finished
* Watch: Disney’s new cruise ship gets its first taste of water
* Christmas goes digital as more shoppers buy NFTs as gifts for loved ones

Lazzarini hopes their ambitious concept will be built after a period of NFT-related crowdfunding. Construction would take eight years.

The designers suggest that a giant shipyard should be created specifically for the project.

They say: “A Terayacht needs a Terashipyard: designing a ship of similar size, involves building a specific shipyard/dam infrastructure that floods to levitate the terayacht when launched.

“The infrastructure imagined by Terashipyard is 650 meters wide and 600 meters long, offering direct access to the sea.”

With 30 meters of draft, the gigantic hull of the Pangeos is made up of nine different bows and subdivided into several blocks.

Lazzarini says: “Driven by a jet-powered transmission, the tera-structure will be able to cruise at a speed of five knots.

“As it sails, the large wings will gain energy from breaking waves and Pangeos will sail perpetually without emissions around the seas of planet Earth.

“Additionally, the rooftop area is lined with solar panels, which provide some of the clean energy needed to power the terayacht.”

Lazzarini says they are launching a crowdfunding initiative to sell virtual watercraft spaces.

Accommodation ranges from apartments and houses to “super villas” and royal palaces.

They explain, “Watercraft virtual spaces can also be purchased as part of an NFT collection, and users will be able to collect certain content and access virtual properties with their credentials.”

The same credentials will also work as a property deposit in case of real estate construction.

Lazzarini adds: “The terayacht proposal takes its name from Pangea, the supercontinent that existed millions of years ago during the late Paleozoic and early Mesozoic.

“If realized, the turtle-shaped vessel will become the largest floating structure ever built in the world.”