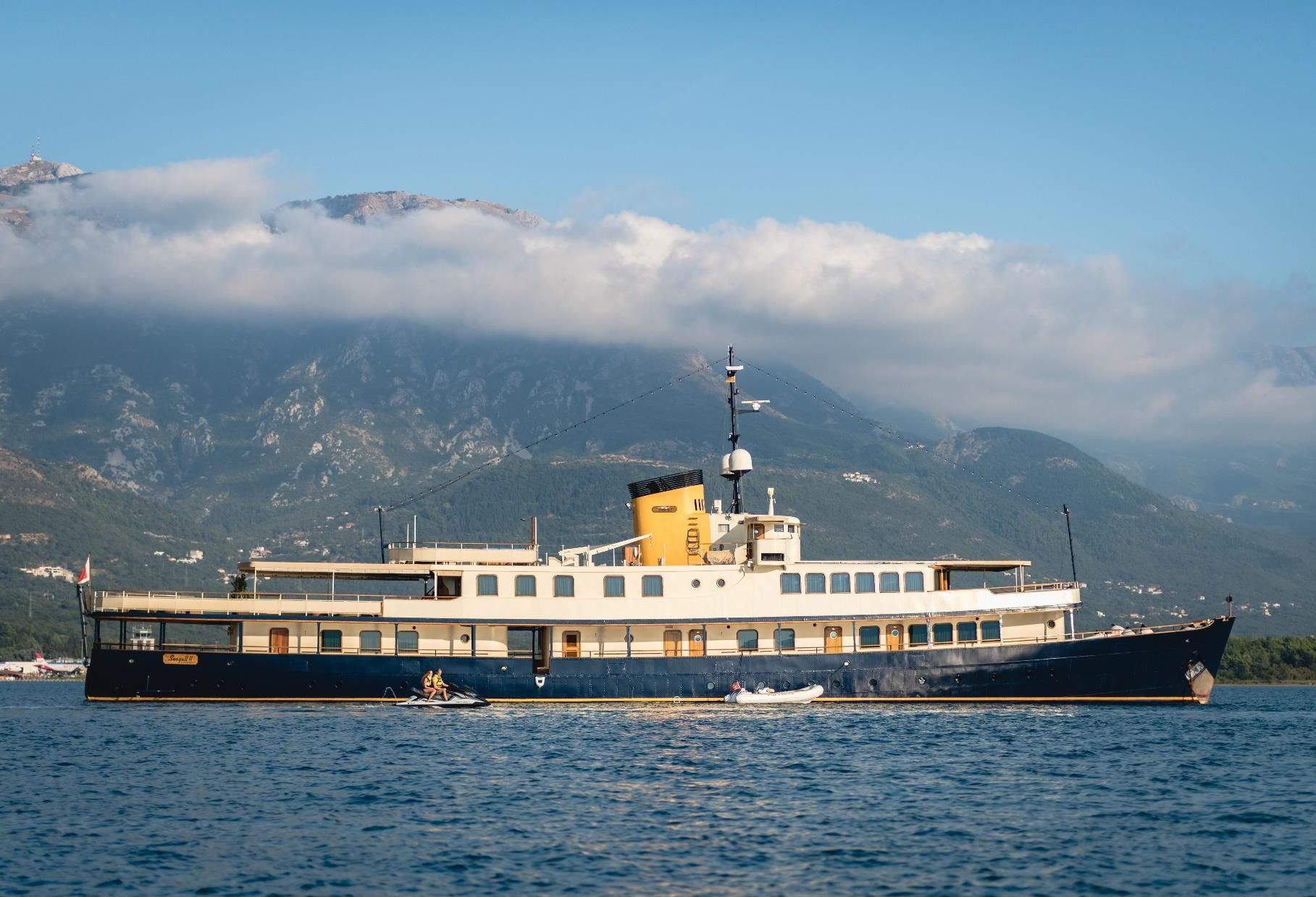 With colorful histories and old-world charm, classic yachts represent the chance to own a rare and treasured piece of maritime history. BOAT selects ten of the finest classic yachts currently for sale.

With its canoe stern and vintage lines, the 86-meter chakra remains one of the most distinctive yachts in her size class. She started her life as a commercial vessel and underwent a conversion in 1998 at British yard Devonport Yachts which turned her into a full-fledged superyacht. Her current owners added to her superyacht appeal in 2016 when she emerged from a refit which included a 13 meter extension.

chakraPricing is available on request from SSH Maritime and Merle Wood.

This classic Benetti started life as a freighter that spent its days hauling marble between Italy and Egypt. In the 1960s, the 44 meter Francesco Petrarca disappeared from radar for a few years and was finally found languishing in an Egyptian port by her current owner, who is on a mission to restore her to her former glory. The yacht features an oak and pine hull painted in a striking scarlet hue, while her interiors have been optimized for the modern market while retaining their charm.

Francesco Petrarca asks for €1,900,000, offered for sale with Edmiston.

First launch in Croatia, the 54 meter Seagull II was originally built as a passenger ship that made frequent trips along the Adriatic coast carrying up to 700 people. Now her guest list is limited to 12 nights, but she can accommodate 80 people at the dock for special events. She was purchased in 2004 and faithfully restored with a classic interior that retains its retro appeal with plenty of modern amenities.

The 65-meter Bulgarian-built The Sultana has a rich history. She started life as a passenger ferry and was later secretly requisitioned during the Cold War and turned into a Soviet spy ship. A seven-year refit gave her a complete transformation – from a barren military vessel to a lavish superyacht with Belle Epoque interiors decorated with detailed woodwork, plump floral-patterned furniture and rich tones and textures.

In a past life, the 72 meter Nimes Blue was a British-owned degaussing navy ship Royal Navy. She was in excellent condition when her current owner purchased her, due to a rigorous maintenance routine maintained by the Royal Navy. A pair of refits saw a complete conversion and an ambitious extension that added 16 meters to her waterline. She has spent her years as a yacht wisely, traveling to the far reaches of Papua New Guinea, Greenland and the Seychelles.

There are 120 years of history behind 55 meters Shenandoah of Sark, including stints as a smuggler’s ship and an aristocrat’s party spot. Its quaint charm was chosen as the backdrop for a Rod Stewart music video and a vogue photo shoot and her romantic looks always turn heads wherever she sails. But she’s more than just a pretty face, and her adventures have taken her on awe-inspiring routes around the world, including Madagascar, South Georgia and the Maldives.

Read more/Yacht of the week: The 120-year-old schooner that caught the attention of James Bond

Once one of the most sought-after superyachts in the world, the 57-meter classic yacht Lady K II was delivered as a cruise ship by the British shipyard Austin & Pickersgill. Since then, she has fallen on hard times and now needs attention. For some years she has been waiting for a buyer to complete her rebuild, which began in Southampton in 2012. The restoration is estimated to cost several million dollars with work mainly required on the exterior of the vessel.

Built by Supercraft of Hong Kong in 1984, the 65 meter Van Triomphe is a true classic that caters to a keen buyer in the market for a piece of yachting history. Van Triomphe would make an excellent support yacht or main yacht, although would require some modifications to bring her up to superyacht standards. She was built with long range cruising and privacy threats in mind, and as a result, she offers generous storage compartments and bulletproof construction in the accommodations and wheelhouse.

The 49 meters Invader has a colorful history and a bright future. Her star-studded guest list includes Charlie Chaplin and she set the record for the Transpac race from Los Angeles to Honolulu in 1926. With excellent performance and comfortable interiors, she is now looking for a new owner to enjoy her well-appointed social spaces. landscaped and sweep the decks. She has been well maintained over the years, most recently with a refit in 2018.